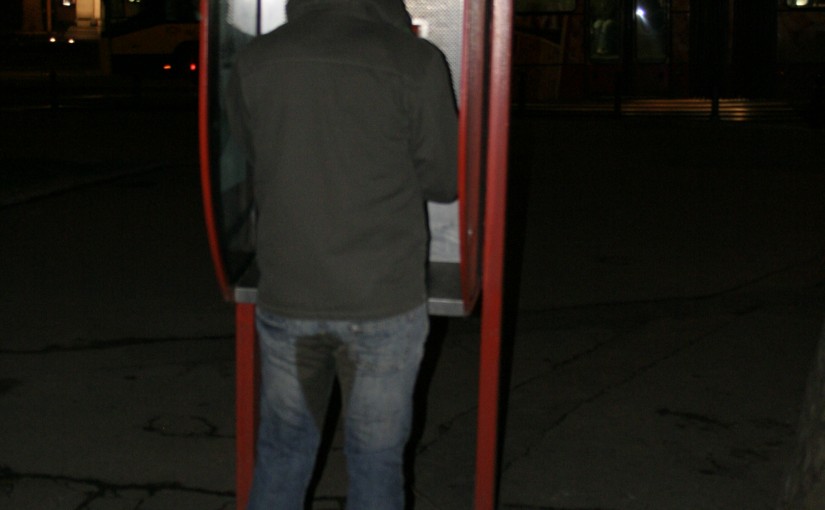 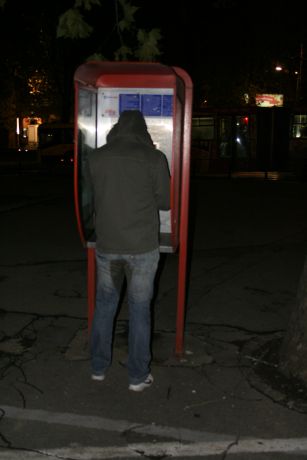 Description:
In Serbia the first half of year 2008 was marked with continuous tensions in media domain induced by announcement and recognition of independence of Kosovo province. As Slovenia was the chairman of Europe Union, and was during the creation of this project positively disposed towards future independence of the province, great number of “Merkator” supermarkets, which are owned by Slovenians, were targets of anonymous bomb tip-offs and attacks.

Concerning complex (partly quoted) circumstances these ways of radical, anti-capitalistic behavior in public, commissioned via media were observed exclusively in context of narrow national and political interests and were allotted to some of the nationalistic organizations in the country.

My project considered false tip-off of a bomb set up in one object of supermarkets owned by Serbian investor (“Tempo”) and by it, created media manipulation changed public reception context of all previous tip-offs/ attacks.

Namely, right after the realization of the project (08.02.2008.), in a period from 17th of January to 8th of May there had been 114 false tip-offs of bomb set-ups in Belgrade1 addressed to key state-ideological institutions of our society (schools, hospitals, courts,…). Therewith, we can assume that the project contributed to subversion of critical public focus from foreign affairs determination of a problem to ideological aspect of national policy. In other words, the goal of the project was to demonstrate that the central problem that country was facing with – issue of Kosovo – was actually a problem (of nationalism) completely determined by inner politics of our own2, and not the matter of foreign politics in which the public of Serbia was encouraged to believe through media mechanism.

Connecting supermarket as capitalistic formation and the importance of Kosovo updated as an issue of the greatest national interest, this performance actually propound a question of meaning of nationalism and its purely material determination in our country. 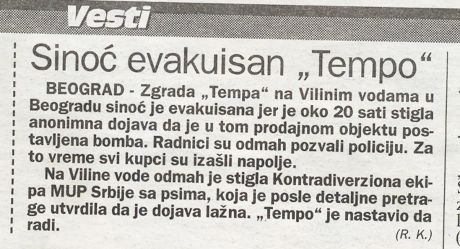 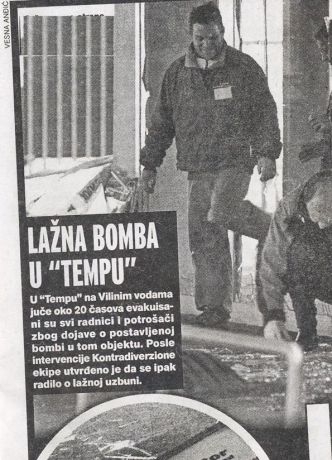 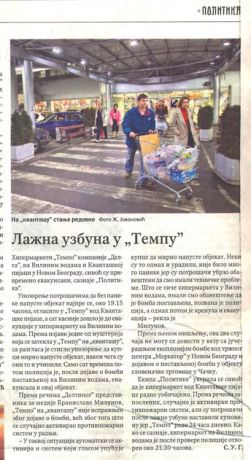 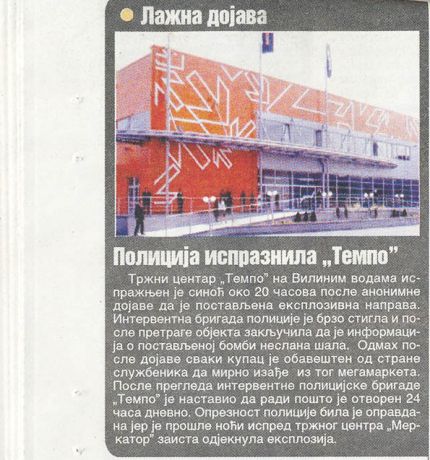 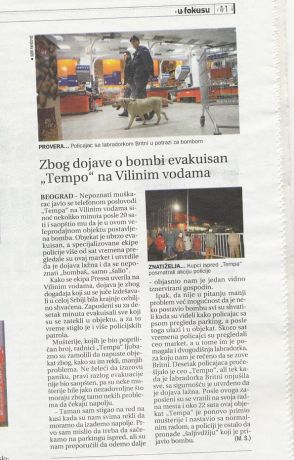 For more info about this project, see:

Dr. Divna Vuksanović – “Mediji i revolucija” – part of the text (serbian version only)