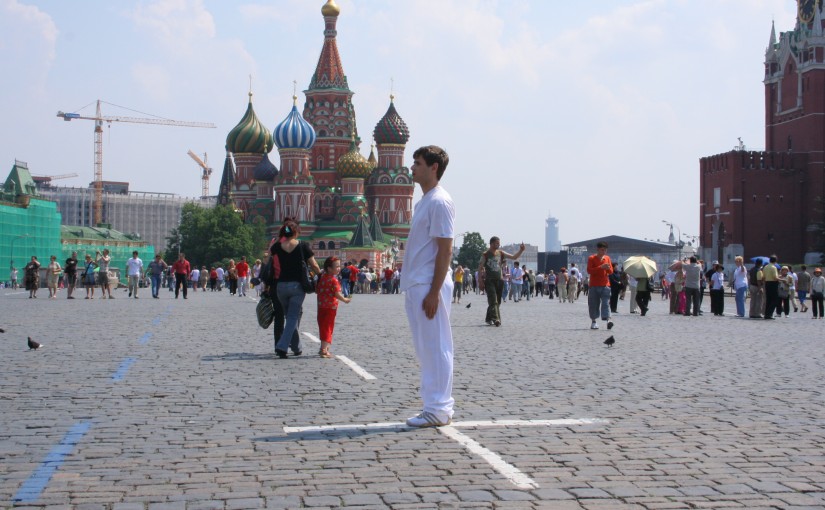 Description: Red Square in Moscow is an area which, in global perception, has always been connected to military parades, marches…a space where even today soldiers are spending several hours standing still in front of Lenin’s museum without showing any signs of tiredness.

Traditionally connected to typically official and military perception of a man… a strong, precise man in stiffed clothes with rigid attitude…even today he has remained a sort of a symbol of strongly defined, intangible and ‘ clearly determined’ idea of masculine that has been cherished for centuries by both, Balkan and Oriental tradition forcing appropriate “military look” in appearance as well as in behavior; while Russian climate, previously central place of communistic and post communistic regimes, today represents a central frontier of modern and traditional values.

In performance Red I spend one hour standing still in the middle of square dressed in white, lips stressed with red lipstick. 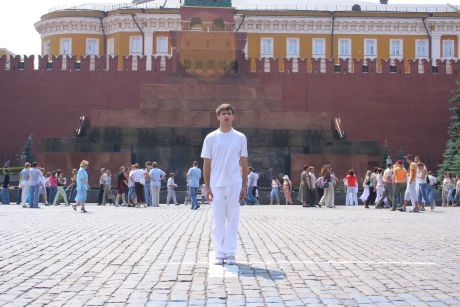