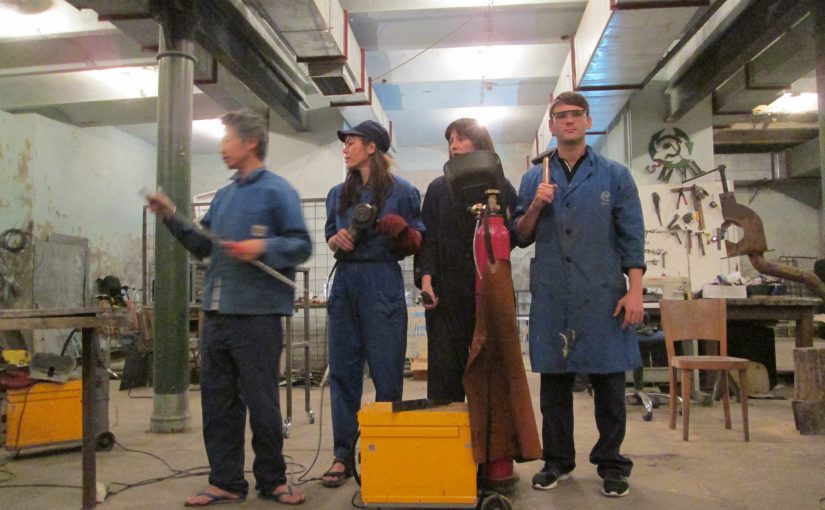 Medium: participatory project/intervention in the field of work, 2017-19.

Description: Transformation in the work field towards the post-Fordist economy, globalization and the increasing number of privatizations of the public sphere have led to the constant enrichment of individuals in relation to society, the relations of domination and subordination, which are becoming more and more frequent, resulting in global migrations and wars unprecedented in recent history. Migrations are evident in the departure growth of the domicile population in the Balkans towards the West, and the detention of refugees in the EU’s border zones, mainly due to increased controls at the borders. The status of the intermediary zone between the center and the periphery that was once characteristic of the “buffer” zone in the Balkans, etc., is now expanding to the entire capitalist world, increasingly reproducing inequalities in almost all social strata (and especially in the middle and lower classes). 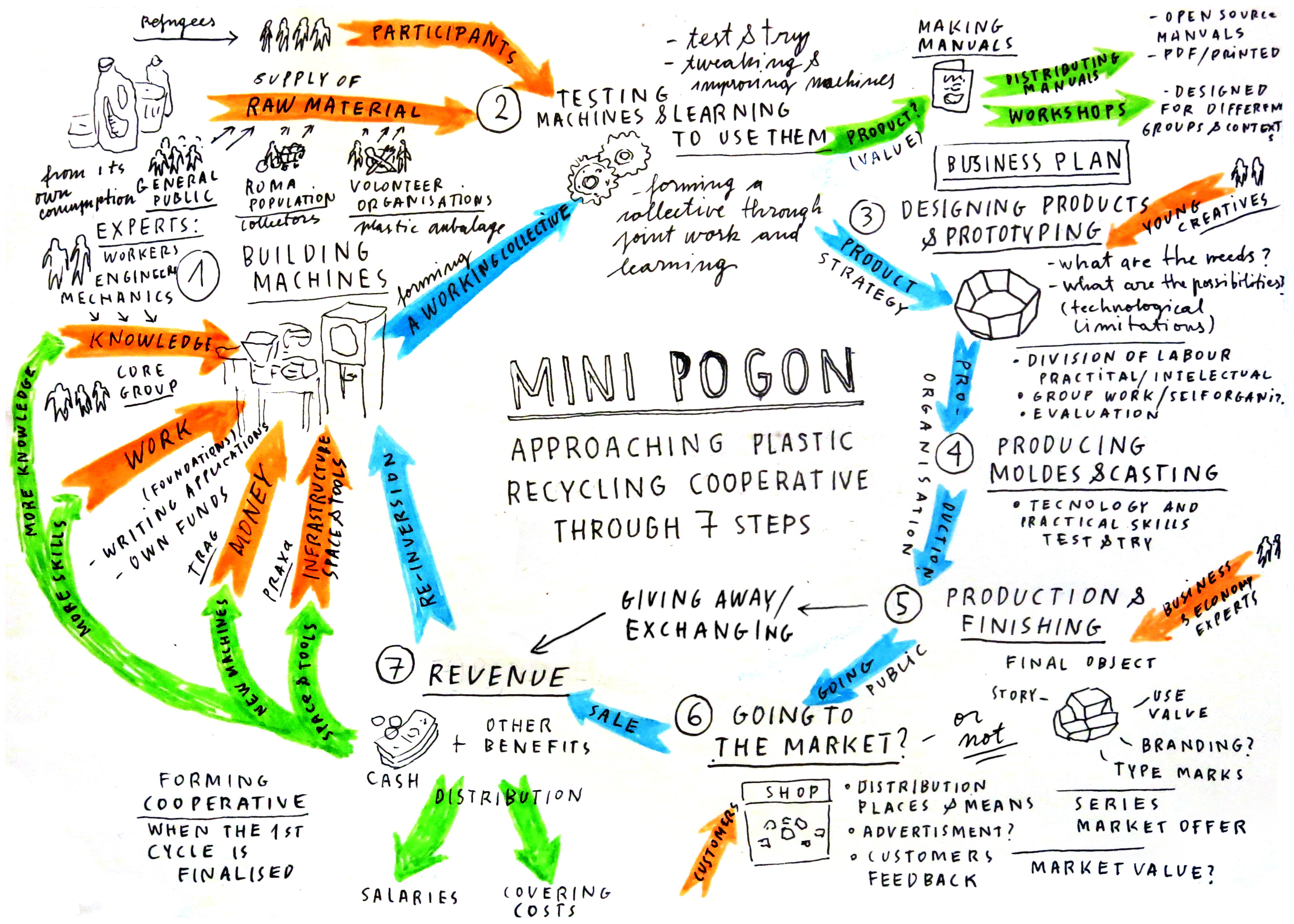 The idea of the project MINI-PLANT FOR PRODUCTION OF COMMONNES was based on the attempt to establish labor process and to build the structure of a possible labor organization that would have the capacity to reproduce social relations in a different production key. Technically speaking, it is a project that takes place in Belgrade, where we are setting a mini recycling plant comprised  by three machines that we build ourselves, thus acquiring necessary means for production, which otherwise would be inaccessible due to technological and copyright’s exclusivity of industrial sector. The recycled plastics are then used for creating new designed items obtained by compression casting or extrusion, and distributed with economic revenue. The work process consists not only of labor, training, etc., but also of the politicization of these processes that happens through meetings and common decision making. Since different marginalized groups are included (refugees, secondary raw material collectors, unemployed, etc.), the objective is not solely self-employment and the construction of an economically self-sustained process that identifies an innovative way to create new value by including marginalized and rejected – politicization by putting diversity into an economical relation, it is thinking about the possibility of social equality, commonness and equal redistribution in the practice (the cooperative model). Different subjective and economic positions, psychological differences, contributions and commitment, opportunities and abilities, different types of work being done, different ideas about where and how to distribute the product and whether it is alien to those who produce it, these are the standing points from which we try to build new relationships. These new relationships arise as a result of practical intervention in order to overcome existing determinations and to make steps towards the production of economical equality, which we consider to be the only true path towards democratization and social equality, that also has the capacity to overcome the representational in culture. 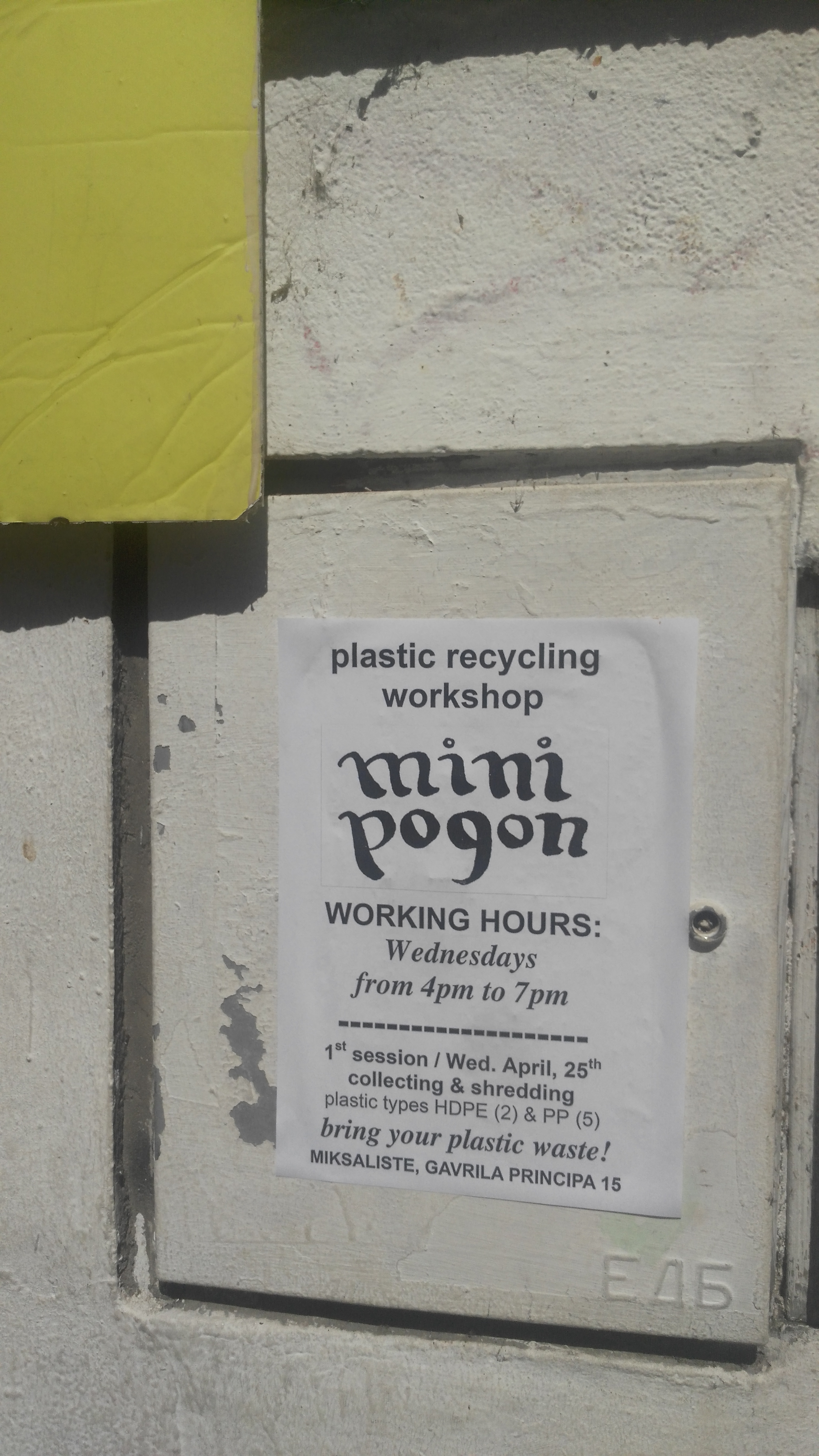 In short, MINI-PLANT FOR PRODUCTION OF COMMONNESS is an experimental collective production recycling plant that explores alternative methods of production, cooperative relationships, self-management and develops the concept of equity with an economic foothold. It is a project that implies intervention in the field of work (in culture), its deconstruction and a new creation within the marginal and discarded. The production plant for making objects from recycled plastic works through inclusion of marginal social groups (unemployed persons, refugees, etc.) and as a resources uses the rejected and by-products of a modern capitalist society, whether it’s raw materials (plastic waste) or human resources (refugees as a direct consequence of globalization, the unemployed, etc.). In this sense, the project is trying to create a field for the production of new values, but also to create a place where the politicization of production relations will be practically feasible and possible. We are discussing an intervention in order to create material conditions for social equity, rather than as it is common practice in a liberal culture, irrespective of them. 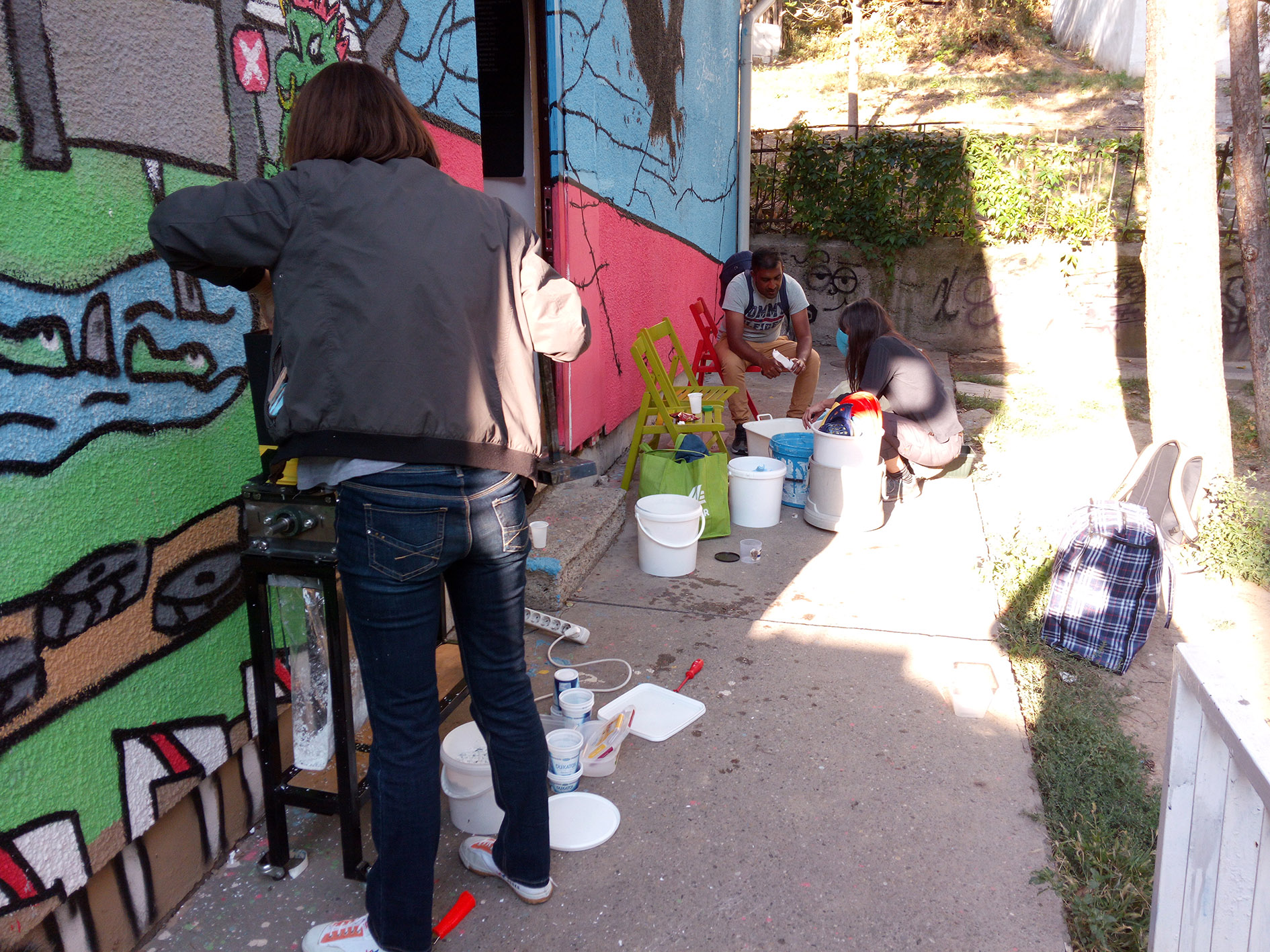 Vahida Ramujkić (Serbia/Spain) visual artist and activist who bases her work in social context. Initiated and took part in various long-term projects based on collaborative and creative work as impeller for establishing new social relations. Her work is dealing with migration issues, history and neoliberal transformation of the cities, etc. (www.irational.org/vahida).

Our core group consisting of artists, activists and scientists gathers in summer 2018 around the idea of building mini-plant for recycling plastic and investigating in the field of work. The project is still going on. 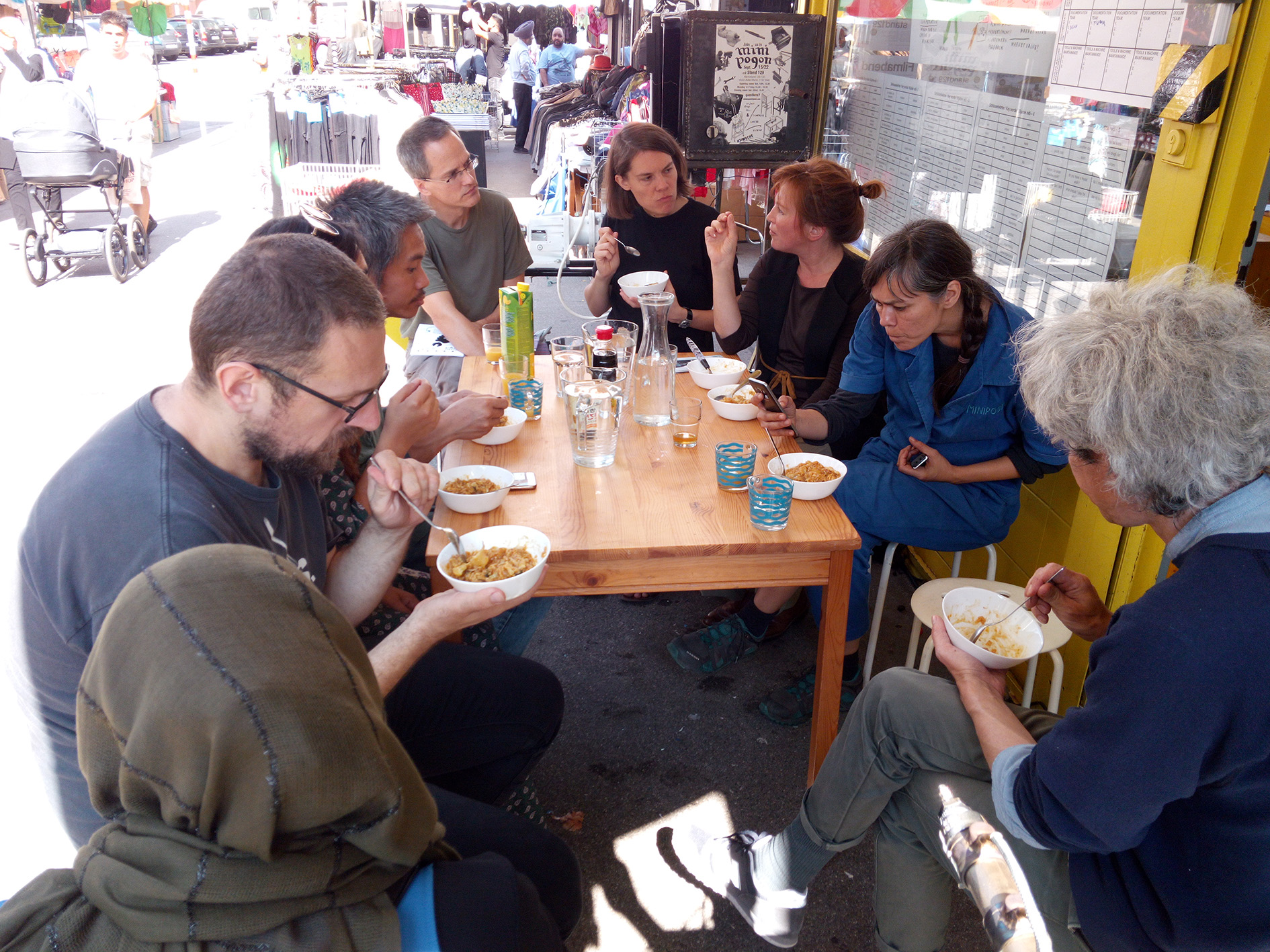 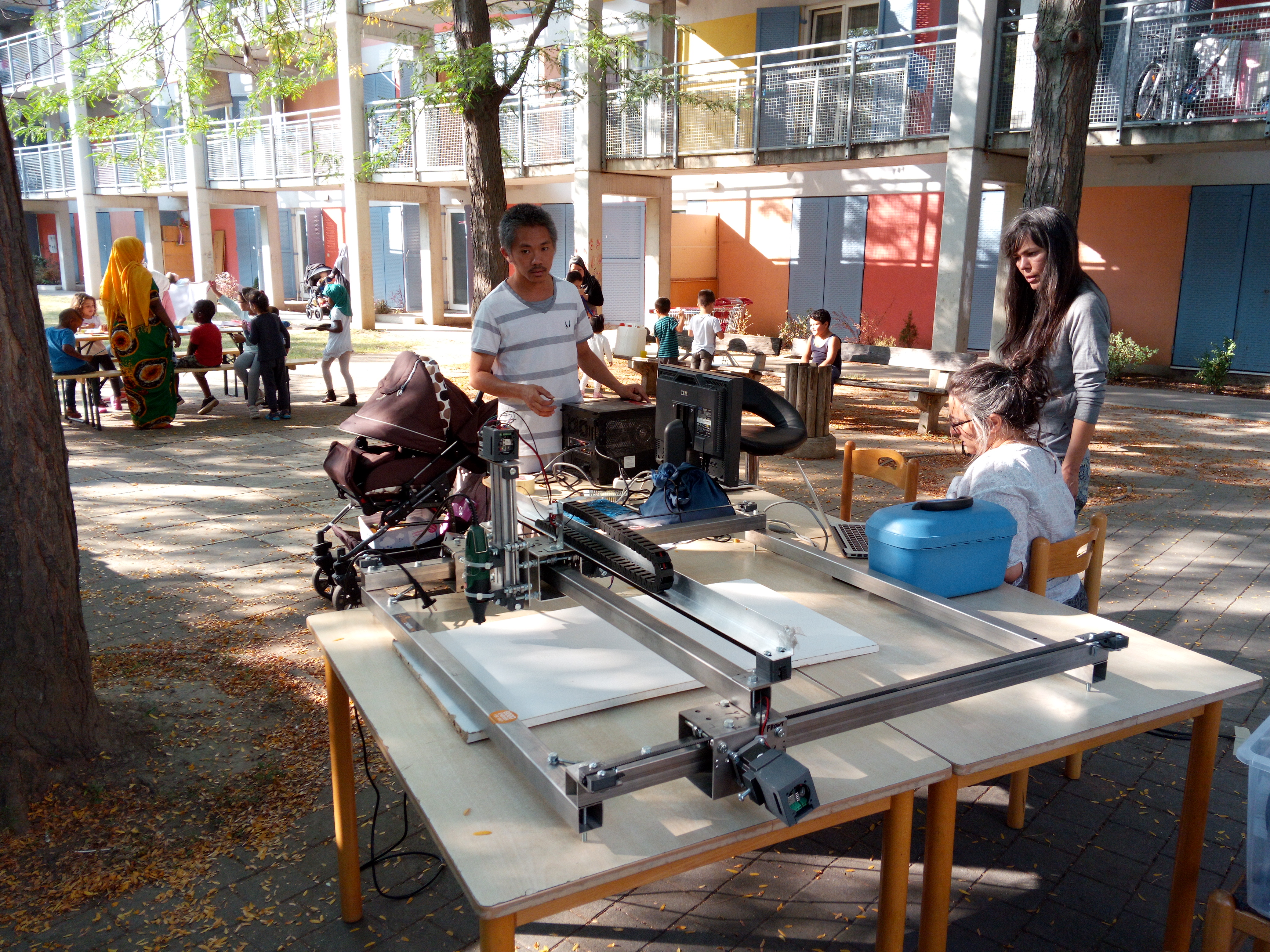 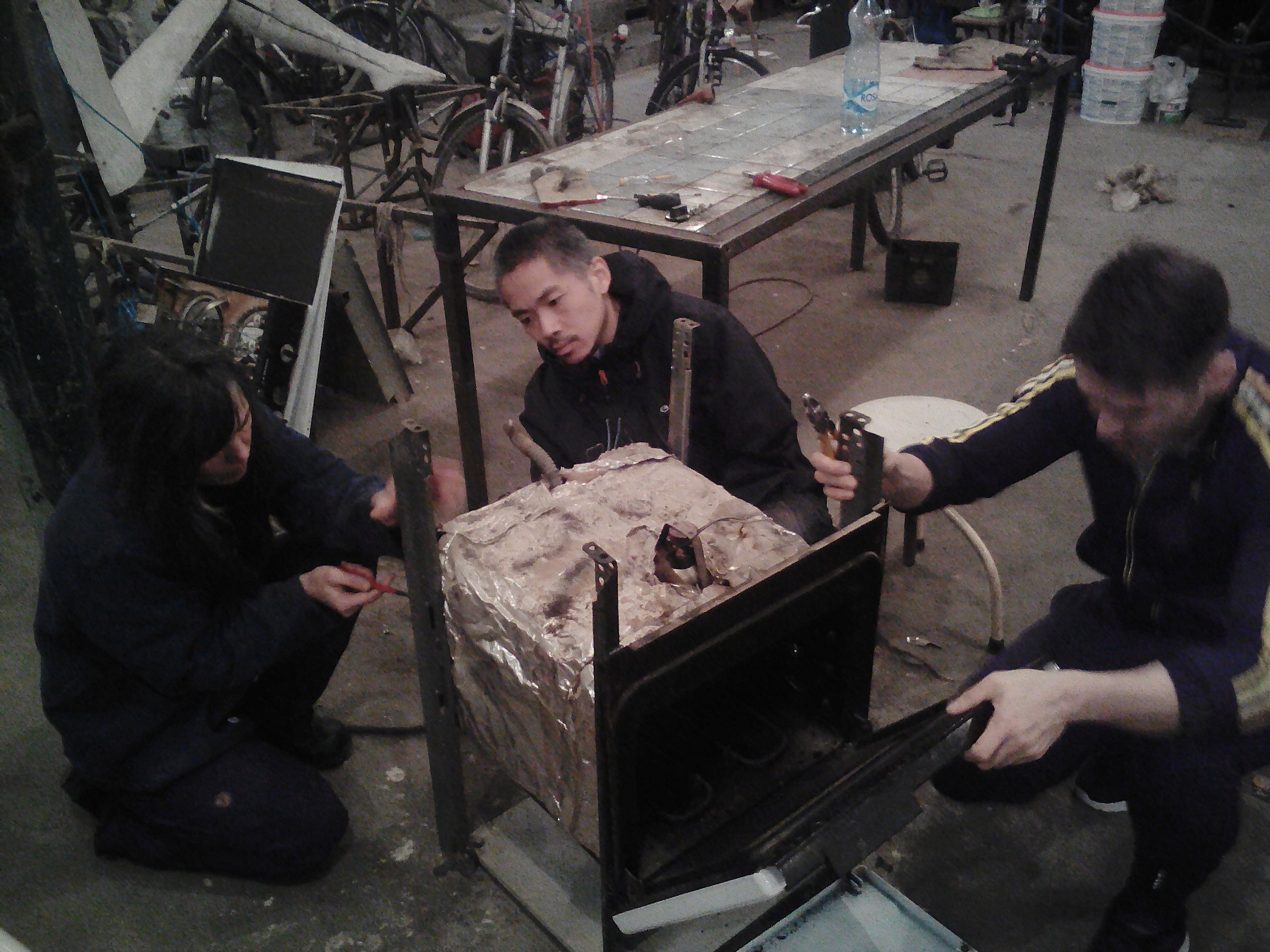 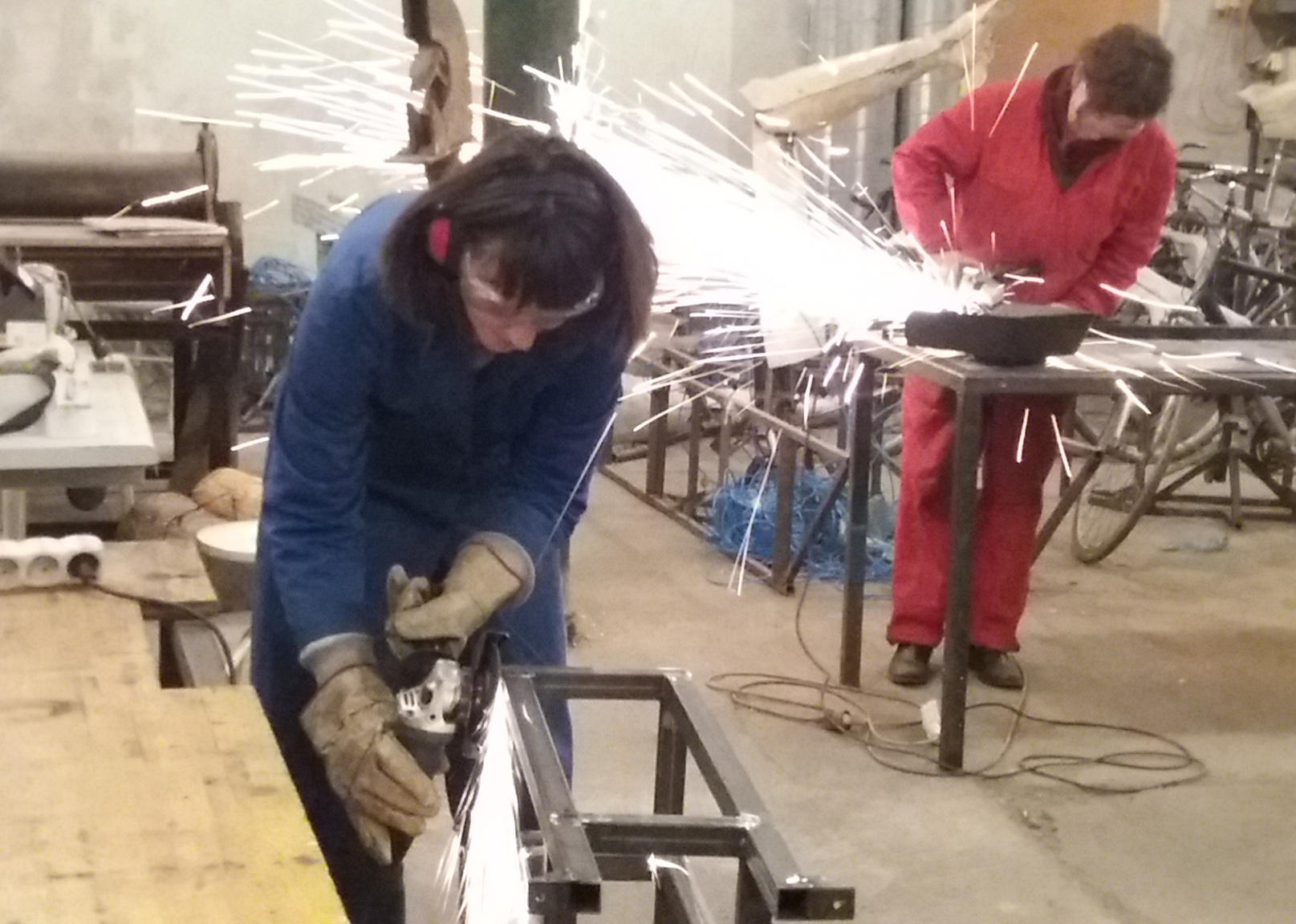 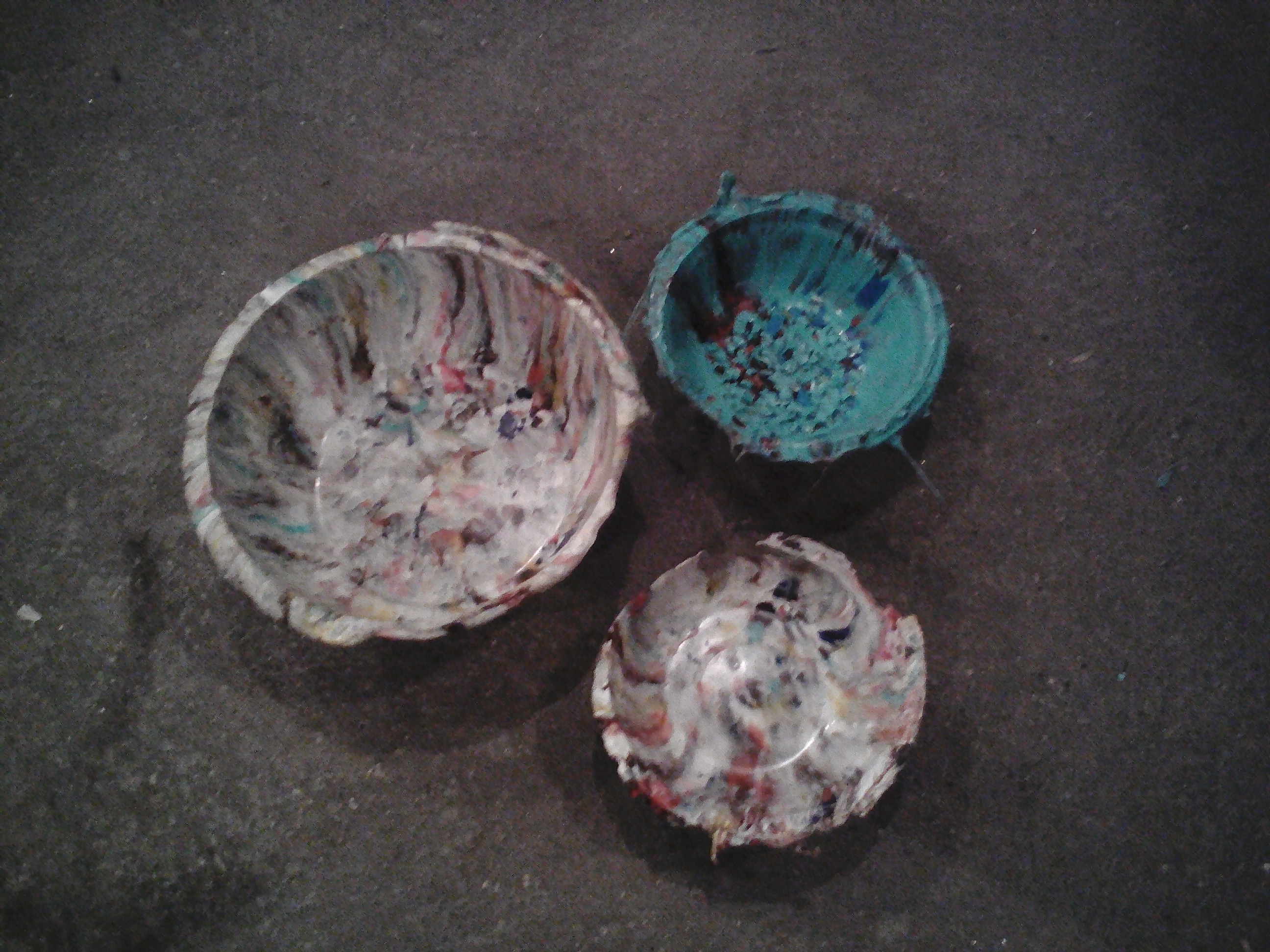 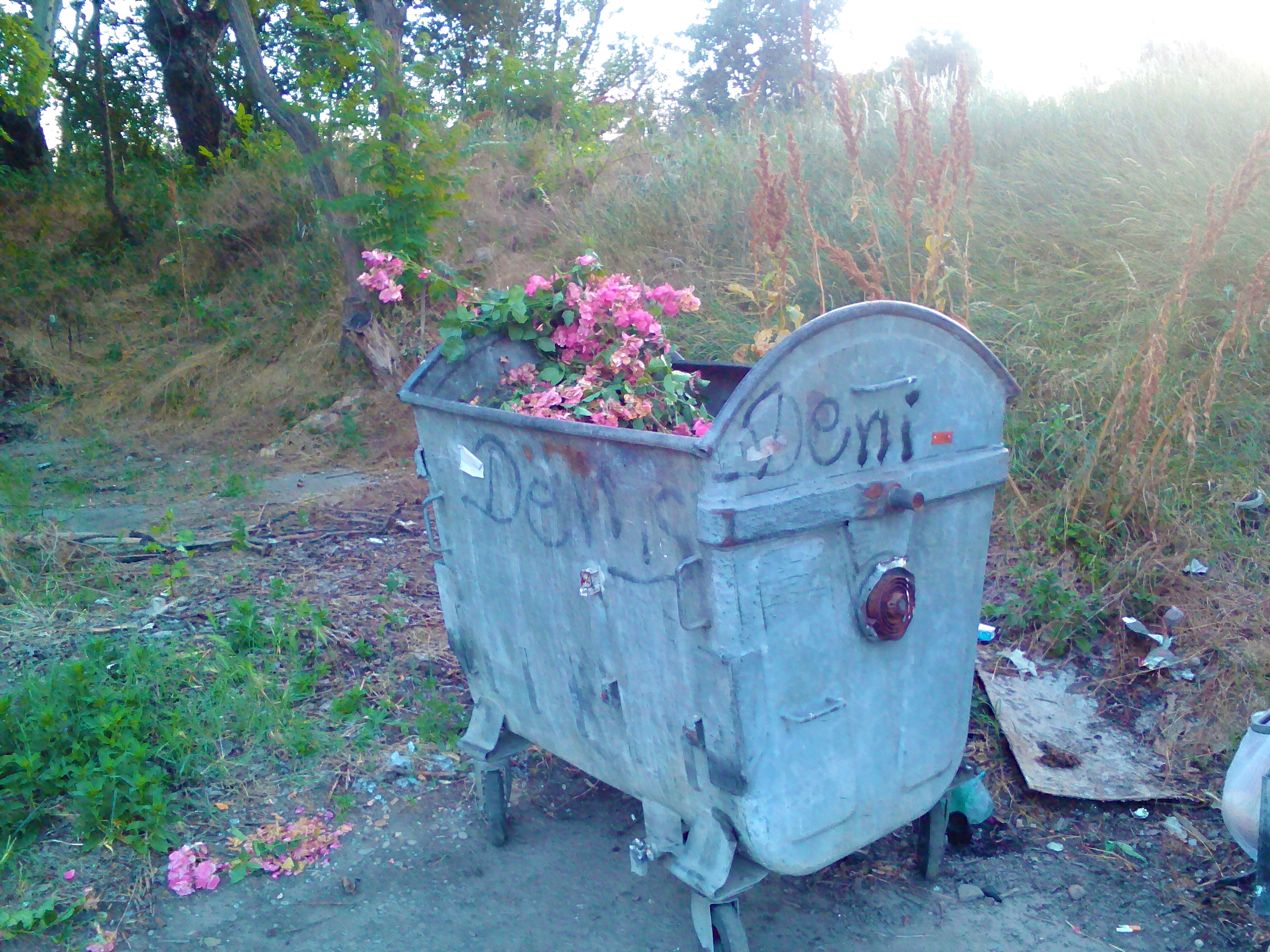 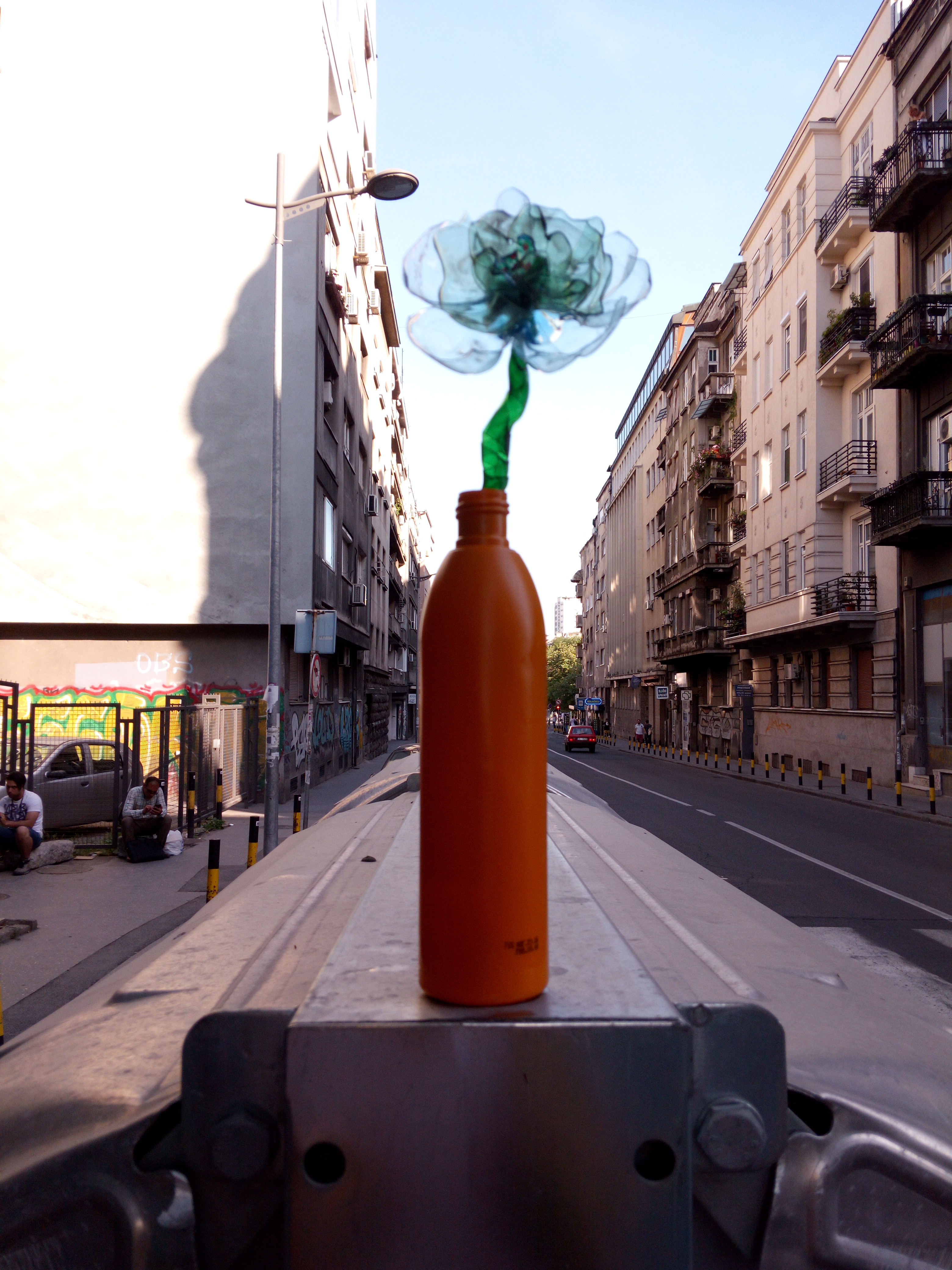