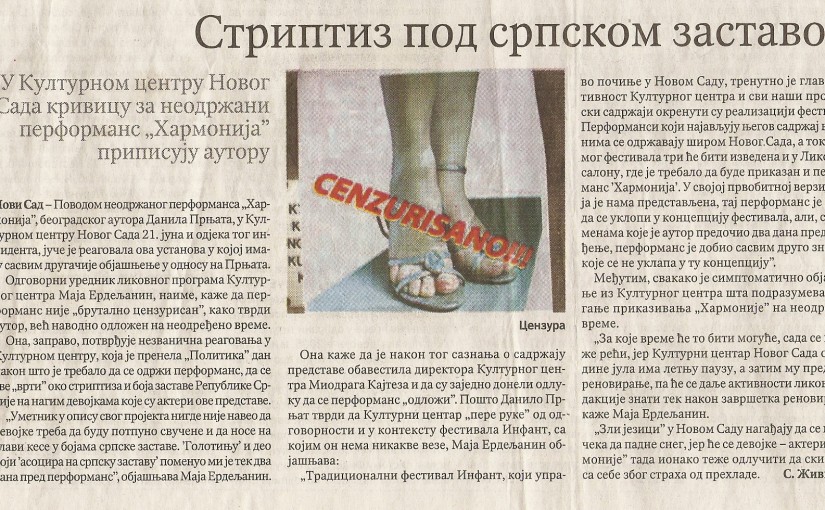 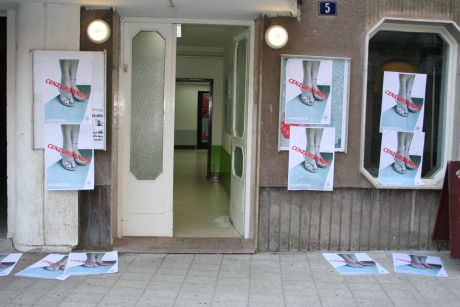 Description:
The project Harmonija1 is more complexed contextual project carried out in Novi Sad2, the city which was during the realisation of the project under the management of the extreme nationalistic party – Serbian Radical Party and was at the time its most powerful center. On the other side, the government the Republic of Serbia was formed by pro-european political options with the Democratic Party at the head.

My project alluded scheduling of an independent exhibition at Art Gallery of the Cultural Center Novi Sad whose programme is entirely financed by the city of Novi Sad, and whose cultural politics is herewith determined. The concept proposed to curators of the Centre was naive and seemingly non-political. The suggestion alluded three barely dressed stripers who would be standing still in the gallery, and who were supposed to be exposed to the eyes of artistic audience through the windows of the gallery. After that I spent all the means I had on powerful PR campaign, strong advertisement (posters, notifications) and the like. Then, two days before the opening of the exhibition I told the curator of the gallery about ‘ the sudden change of the concept’ – where the strippers wouldn’t be standing still, but they would be naked and wave to the audience and they would hide their faces with the Serbian flag. The usage of the national symbol (as it was evaluated, in a ‘negative context’) momentarily resulted with the decision of the Centre’s director to ban the performance. I took advantage of the opening of the exhibition, the arrival of media and audience to act protest and give numerous interviews, and I put posters written with the words CENSURED all over the gallery. In the following few days, cultural columns of all the written media in the country polemised the scandal. Media prone to the democratic political currencies used the case as a motive for criticising the Radical Party’s cultural politics, where members of pro-nationalistic currents criticised the artist (me), declaring the one (me) as ‘ corrupted’, ‘over politicised’ and the like.

This project provoked a public discussion with the participation of some of the most prominent political representatives of both of the leading political options in the country where all the parties were forced to state in public their expectations regarding culture and art so that by the very fact they were involved in realisation of the art project they were forced to make mechanisms which they used to shape and control the culture of the country become transparent. On the other hand, the project suggests an idea of impossibility of a true social change today without strong local, political, media and ideological support in general, hence it points to border determinations, paradoxes and (im)possibility of art’s (politics) and artist’s acting in our society. 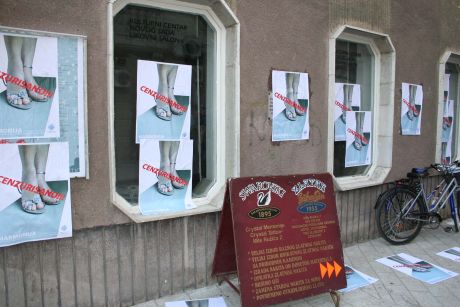 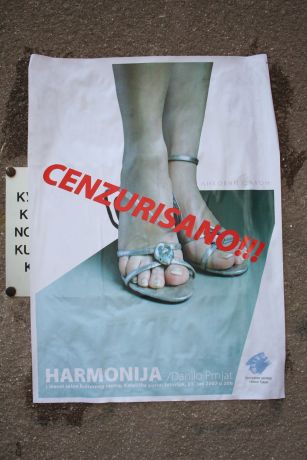 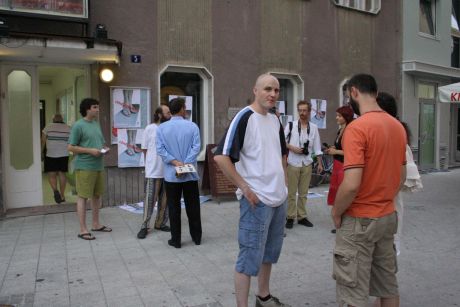 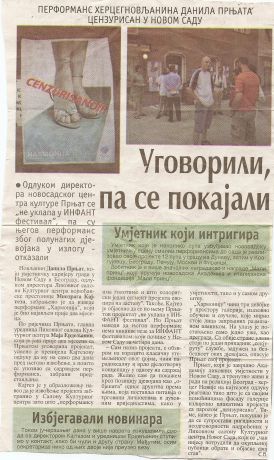 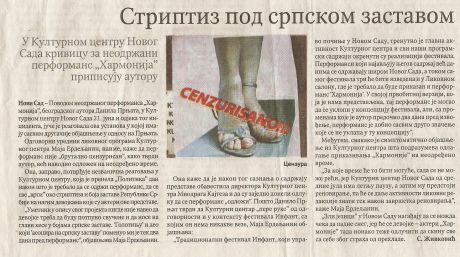 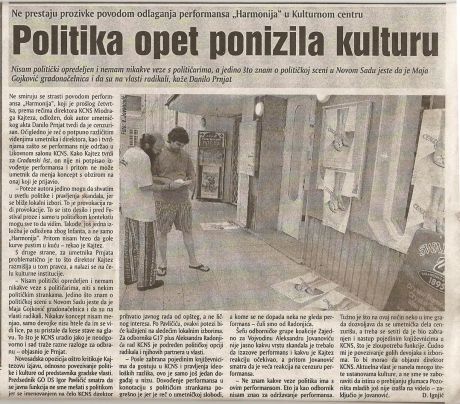 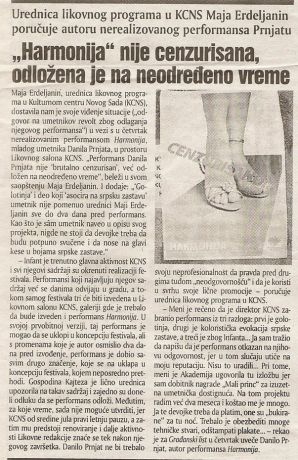 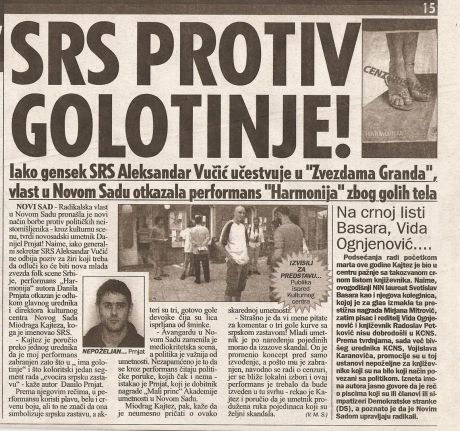 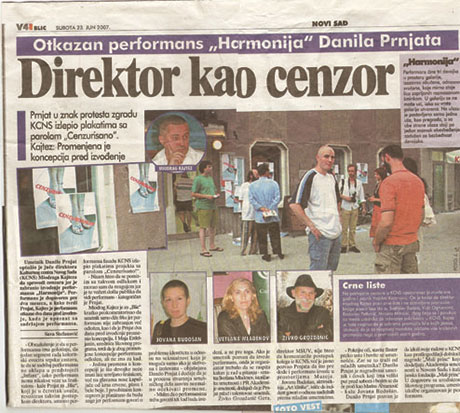 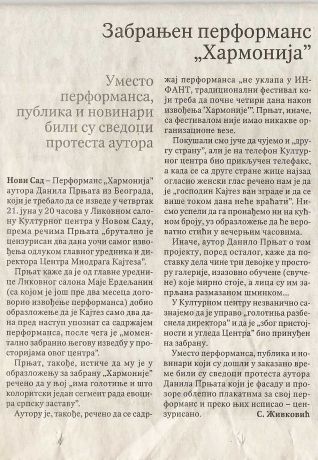 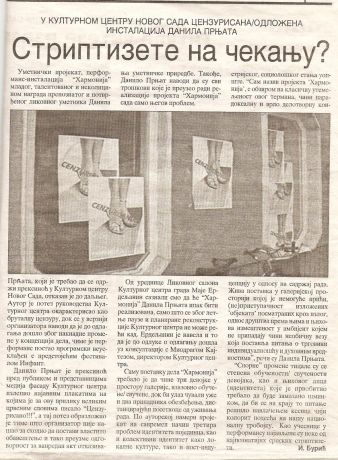 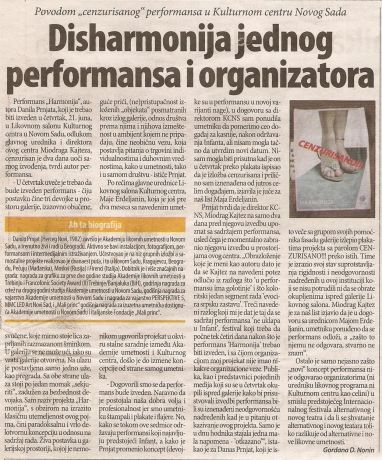